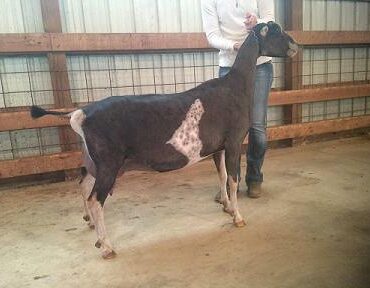 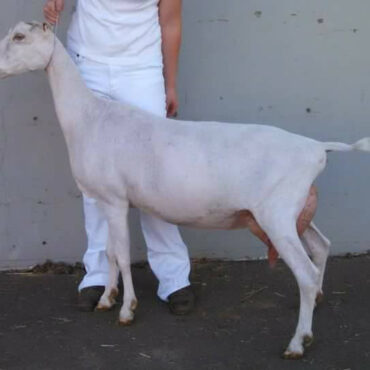 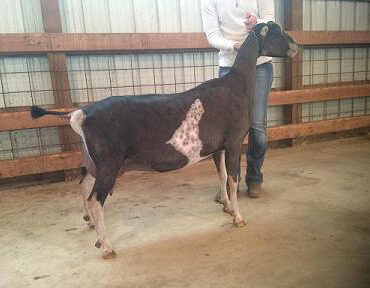 Kilimanjaro is proving to be a very consistent buck. His daughters are unfailingly long and level, with correct feet and legs and beautiful mammary systems. He especially throws kids with well-angulated rear legs and wide, high, open escutcheons.

Kilimanjaro’s daughters are also proving themselves as well. He sired the 1st place Recorded Grade Junior and Senior Get-Of-Sire at the 2016 California State Fair, and all of his first freshening daughters this year linear appraised VG85 or higher. His youngest milking daughter, Sarah’s Own Lucia, appraised VG88 (VVVV) as a yearling and has been twice Reserve Champion in limited showing. Kilimanjaro’s daughters uniformly excel in mammary shape and area of attachment, with exceptionally good udder texture and correct teat placement. We look forward to having them on milk test next year.  ~ Sarah Hazeltine 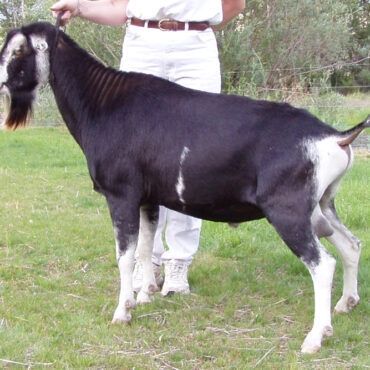 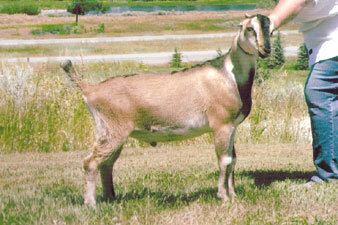 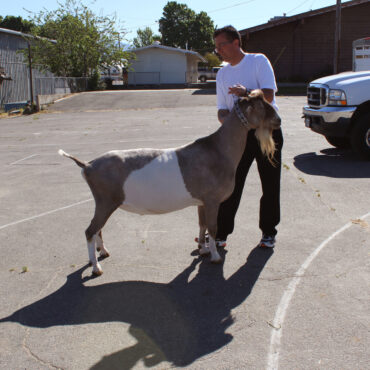 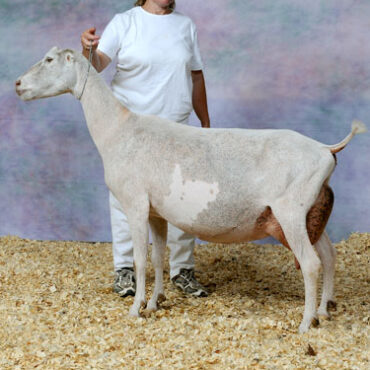