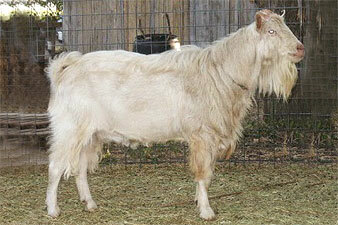 Shadow’s herd name speaks for itself, Clovertop, as it is the pedigree of many famous Saanens. Shadow is a buck to use if you are looking for Saanen genes for deep, square rear heels that don’t require constant trimming. For so many years we thought that the shallow, twisted heel gene was connected to the good udder gene, but this is not so with Shadow. He is throwing daughters with fantastic mammary systems and deep, square heels that don’t require constant trimming. His first freshening daughter, Willow Lane Shaeli 6*M, was the 1st place Milking Yearling and Reserve Grand Champion with Best Saanen Udder at the 2004 Utah State Fair. His daughter, GCH Willow Lane Sharmayne 2*M 6-03 91 (VEEE), with a milk record of 2-08 304 3,000 3.8 115 2.8 84, was shown three times in 2004 going 3x1st, 2xGrand Champion, and 1xReserve Grand Champion. Shadow consistently throws very high, wide and arching rear udders. Other daughters include: Willow Lane Shirleen 5*M 6-03 89 (VEEV); and Willow Lane Angyang 5*M 4-05 90 (VEEE), who has a current milk record of 2-11 305 2,870 3.2 93 2.6 74.

Shadow’s dam, Clovertop’s Evening Shade, has a very nicely attached udder with excellent feet and legs, as an aged doe. We are excited to freshen more Shadow daughters next year and see how they will mature in the years to come. Based on the Shadow daughters we have, we suggest using him to improve rear heel, shape and depth, mammary systems (especially rear udder height, width and arch), front end assembly, length of body, toplines and milk production .  ~ Daniel Drake, DVM 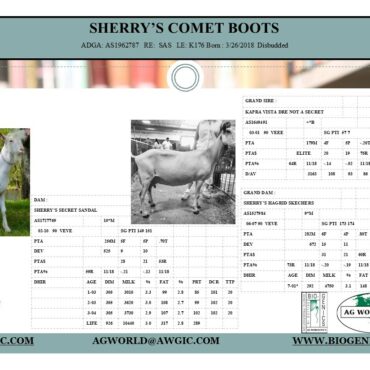 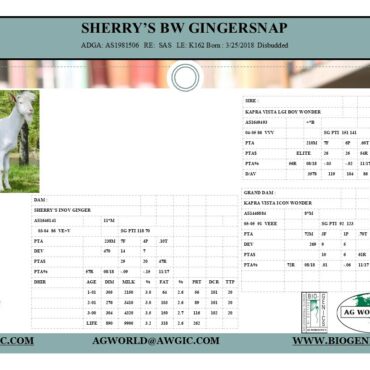 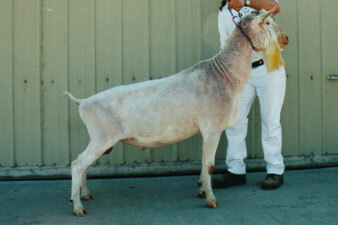 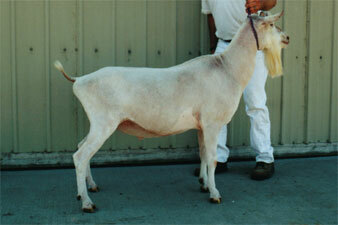