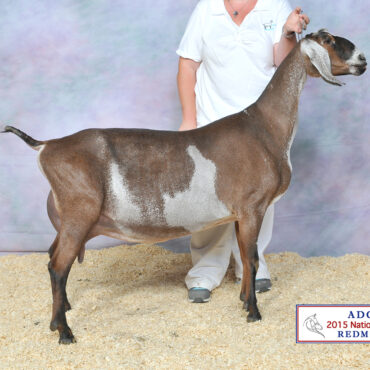 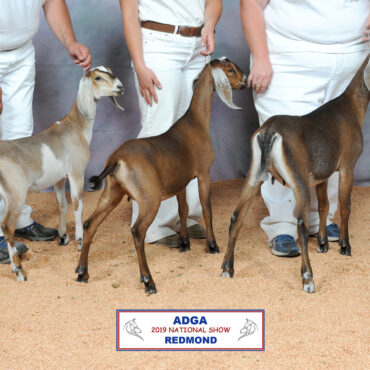 Belmont is not only a handsome yearling buck, but he is also producing many exciting progeny in his first crop of kids. He is a very large and masculine yearling, but doesn’t give up anything when it comes to his dairy strength, length of body or desireable rear leg set and angulation. His first daughter born, Lakeshore Calendar Girl, was 2nd place Senior Kid at the 2019 ADGA National Show and was Best Junior Doe-In-Show at her first show this year. Another daughter, Lakeshore Belmont Vogue, was 3rd place Junior Kid at Nationals. Belmont also sired the 2019 ADGA National 2nd place Junior Get-Of-Sire. 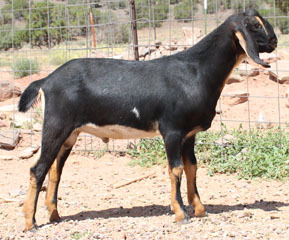 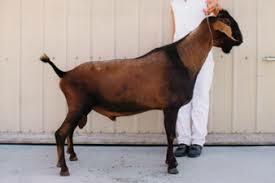 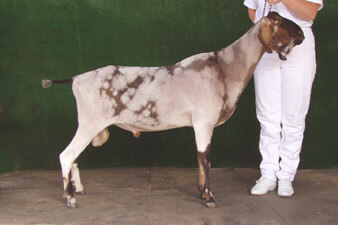