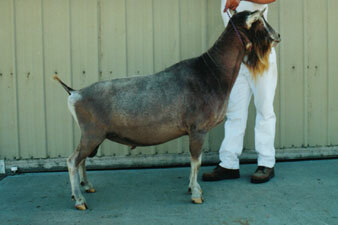 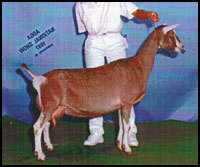 Friday was a tall, extremely dairy and long bodied buck with a tremendous head. He was a slow maturing buck, but when he hit four, he really came into himself. He has been many times the Champion of the day, and is an 8xBest Buck-In-Show winner. In 2004 alone, the two times he was shown, he was Best-Of-Breed both times.

Friday’s sire, *B Dairy Delight Charlie William, has done more to advance the Continental herd of any buck they have had. He has sired Continental Chosen One (EX90), the 1997 National Reserve Best Udder, Freedom (EX90) and Karla (VG88) who was 1st place as a Two and Three Year-Old at the 1997 and 1998 ADGA National Shows. His Junior Get-Of-Sire in 1998 was 1st place and his Senior Get-Of-Sire in 1997 was 2nd place at the ADGA National Show. His kids are sharp and dairy with smooth blending; they are open and flat boned; udders are high and wide with a lot of lateral support.

Friday’s dam, GCH Tansy Hill Advantage Flair 3*M 7-05 90 (VEEV), was 1st place Two Year-Old with 1st place Udder at the 1993 ADGA National Show. Flair has a strong powerful body with a lot of depth and width throughout. In 1998 she was shown four times being 4xBest-Of-Breed and 2xBest-In-Show. She has a strong topline with an extremely level rump. She has straight forelegs with strong pasterns and good angulation of rear legs. Her littermate sister Tansy Hill Finesse scored EX92 (EEEE). Her dam, GCH Tansy Hill Special Flirt 2*M appraised 7-05 91 (EEEE).

With a sire and dam like this, Friday has the genetics to produce structurally correct offspring with great mammary systems. Besides, Friday is something everyone looks forward to!  ~ Wayne Schuetz 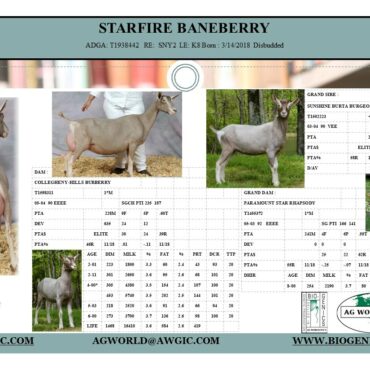 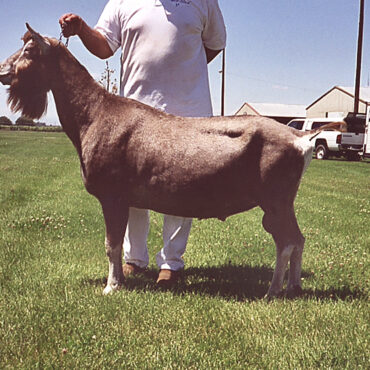 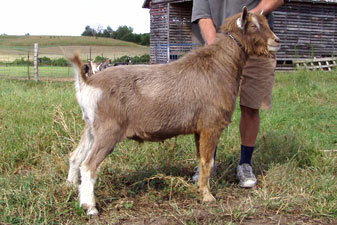 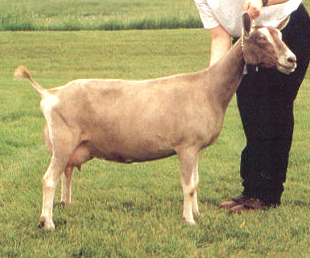